“Friendly, knowledgeable and on time. The kind of physician you would recommend to family and friends. Office staff were wonderful too.”

“Dr. Farrell is a very kind person. You can feel comfortable talking to him. Very down to earth. Listens to you. Great doctor would recommend him to friends.”

“I was a patient of a former physician until he left, but the transition to seeing Dr. Farrell and going over past surgeries and treatment was really easy.”

“I saw Dr Farrell for knee pain. Spent time with me and answered all my questions. Started with medications for my pain, and talked about surgery only as a last resort. Talking with him made me optimistic in terms of feeling better right away and I did. He gave me instructions and resources for follow up, and told me not to hesitate to call if I had any problems. Awesome doctor!”

“Dr. Farrell is compassionate, knowledgeable, and a highly skilled surgeon. He helped me when I had lost hope to walk correctly. I had a segmental total knee replacement.”

“I have been with Dr Farrell since I was 21, I had multiple arthroscopic surgeries due to weight, sports then I became bone on bone, and just this year I had knee replacement 1 in june, the other this Oct and I am pain free, therapy is hard but will be well worth it in the end. Dr Farrell is awesome and I would recommend him to anyone, and the the staff is awesome as well.”

“He is the most caring, kind and knowledgable doctor ever! He listens to the patients and explains everything to them!”

“Dr. Farrell is an excellent doctor.  He is very sharp and knowledgeable.”

“Great doctor. Really a nice man. Listens to you and your concerns. I highly recommend him. He is helping me with my arthritic knee.”

He fixed my leg

“Dr Farrell did 4 surgeries on my leg after i got hit by a car. I can’t even tell that it happened 8 years later.”

“If you want to see a very good doctor who explains everything to you so you could understand & who has a wonderful personality then Dr. Farrell is your man.”

“I healed so well from my surgery the whole office was all excited and clapping as a came in for my followup. Doc said “You know the Lord don’t you?””

Dr. Farrell is a board-certified general orthopaedic surgeon at Parkview. He treats injuries of the knee, hip, shoulder, elbow and more.

Born and raised on the southside of Chicago, Dr. Farrell went on to complete his undergraduate studies at John Carroll University near Cleveland, Ohio. He earned his medical degree at the Loyola Stritch School of Medicine in Maywood, Illinois, and then completed his residency in orthopaedic surgery at the Hamot Medical Center in Erie, Pennsylvania. Dr. Farrell joined Parkview Orthopaedic Group in 1985. For almost twenty years after joining the group, Dr. Farrell also had the privilege of serving as one of the team physicians for the Chicago White Sox.

An expert in orthopaedic surgery, Dr. Farrell’s skill and compassion are often recognized by his patients and his peers. In 2017, readers of the of The Herald-News named Dr. Farrell the Best Orthopedic Doctor in Will County. The same year, he was the recipient of The Presence St. Joseph Medical Center 2017 Founders’ Award. This prestigious award “is the Medical Center’s highest honor, recognizing those who exemplify and commitment to Presence Health’s mission, vision and values.” 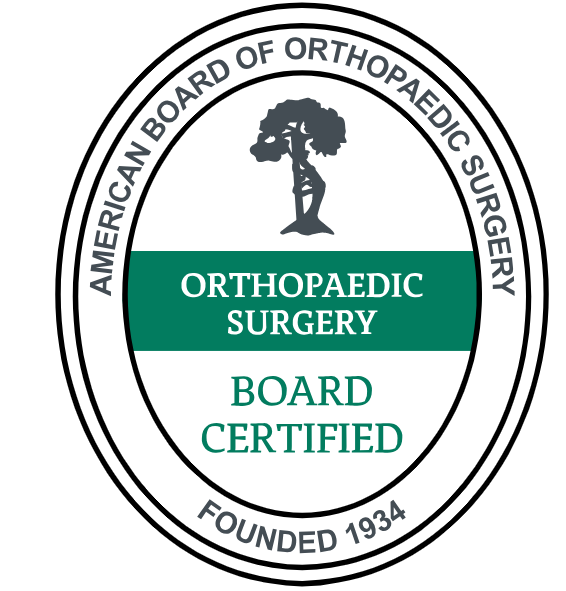